Land Art continued
Week 2: This week we moved on from 2D exploring to 3D building. There were plenty of materials available for everyone to play with – stones and pebbles, shells, twigs, leaves as well as cottons, wools and some sewing needles. The little artists were encouraged to play as they would with Lego or building blocks to use their imagination to build up or out, down or across. I demonstrated simple binding and sewing techniques. Again everyone was given the chance to record their results with a digital camera. Fascinating results, with some of the children becoming completely immersed in the processes, such as wrapping and sewing with thread, while another became a precision engineer and constructed a mini marble run made from flax leaves,  shells and pebbles! 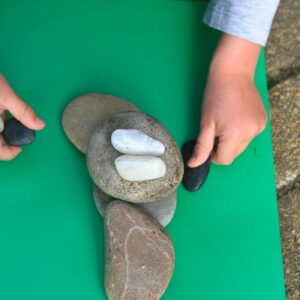 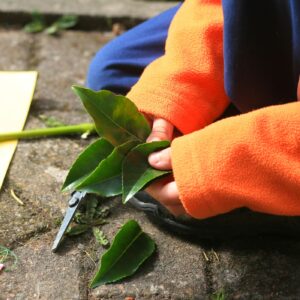 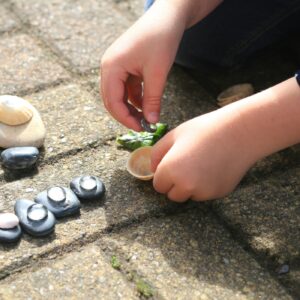 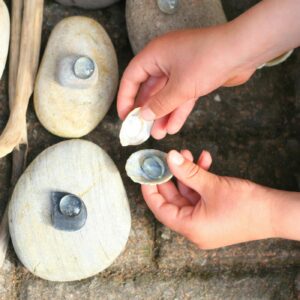 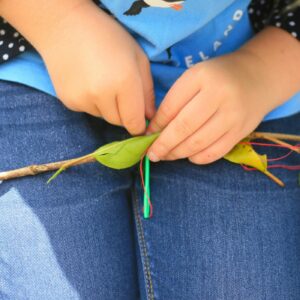 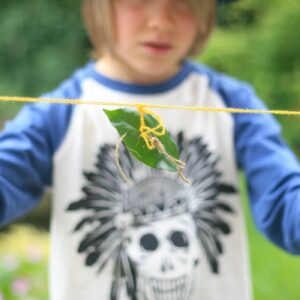 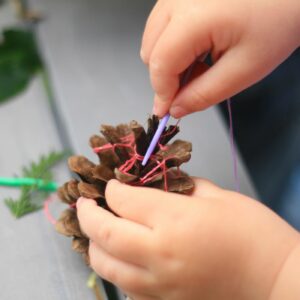 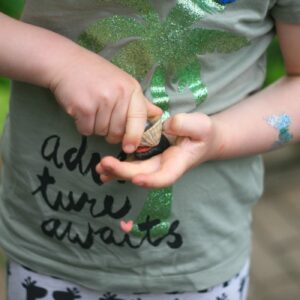 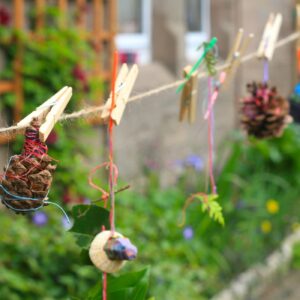 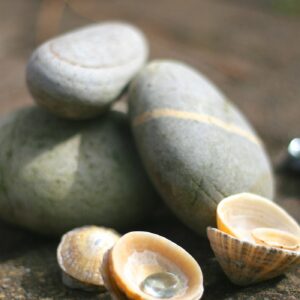 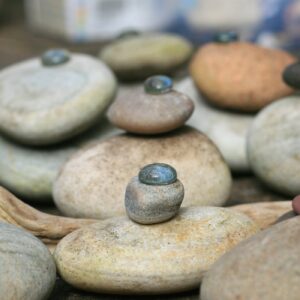 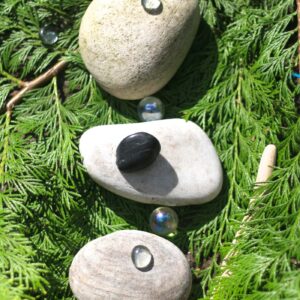 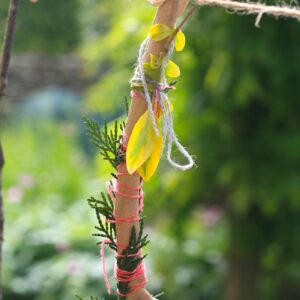 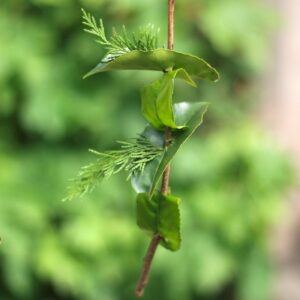 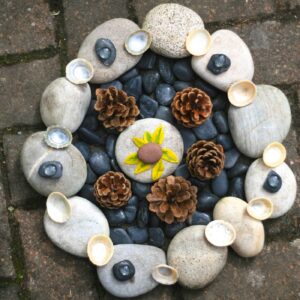 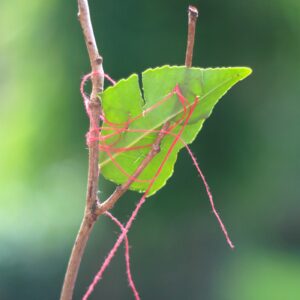 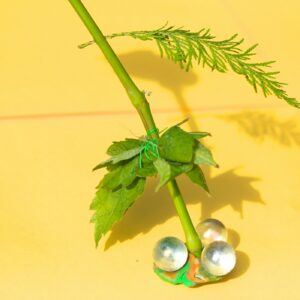 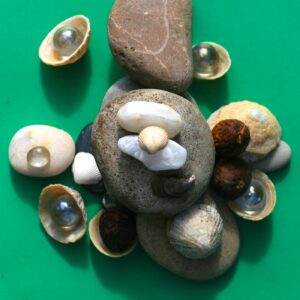 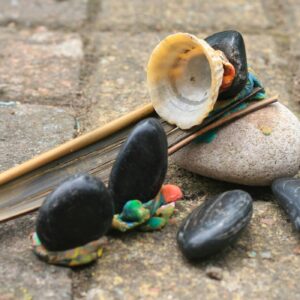 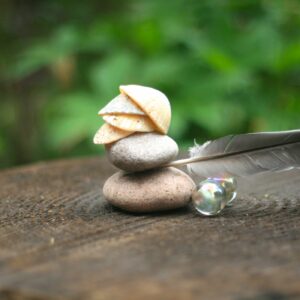 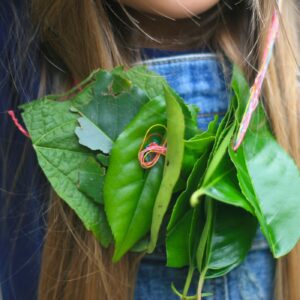 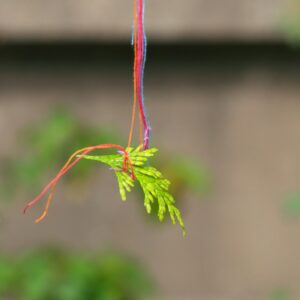 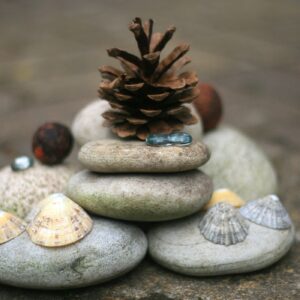 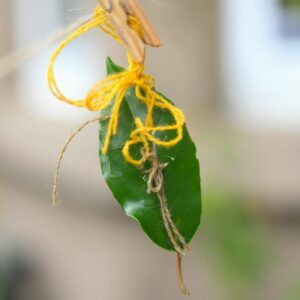